Screen Recording With System Sounds In Chrome and Edge (Chromium based)

January 2020 Update: The new Chromium based Edge 79+ behaves exactly the same as Chrome. This means that screen recording with system sounds is supported and works exactly as described below for Chrome.

Capturing the system or tab sounds is now possible when using Chrome 74+ and the Pipe desktop recorder to record your screen or a tab. 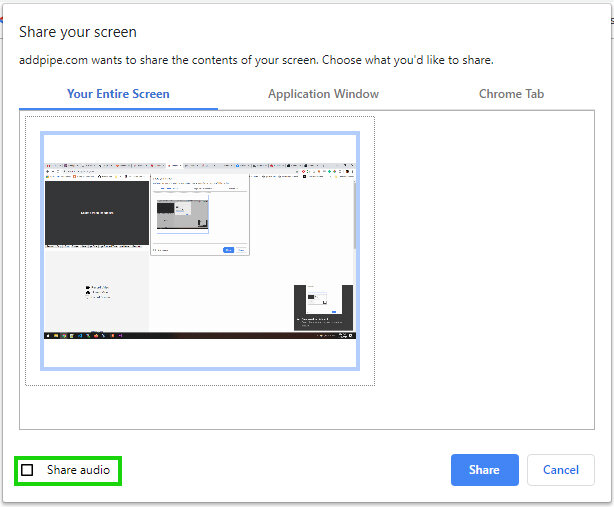 When one chooses to share the audio, it will be captured together with the microphone input (if present) in one merged audio track.

The feature works in the following 3 situations:

You can not capture the (window) sound when capturing/sharing just a window.

You can not capture the system sounds on macOS when capturing/sharing your entire screen.

The feature is only available with Pipe recording clients embedded with the 2.0 embed code.